Hydrothermal Friction data of gouges derived from the Alpine Fault

The Alpine Fault, New Zealand, is a major plate-bounding fault that accommodates 65–75% of the total relative motion between the Australian and Pacific plates.

Here we present data on the hydrothermal frictional properties of Alpine Fault rocks that surround the principal slip zones (PSZ) of the Alpine Fault and those comprising the PSZ itself. The samples were retrieved from relatively shallow depths during phase 1 of the Deep Fault Drilling Project (DFDP-1) at Gaunt Creek. Simulated fault gouges were sheared at temperatures of 25, 150, 300, 450, and 600°C in order to determine the friction coefficient as well as the velocity dependence of friction.

Friction remains more or less constant with changes in temperature, but a transition from velocity-strengthening behavior to velocity-weakening behavior occurs at a temperature of T = 150°C. The transition depends on the absolute value of sliding velocity as well as temperature, with the velocity-weakening region restricted to higher velocity for higher temperatures.Friction was substantially lower for low-velocity shearing (V<0.3 μm/s) at 600°C, but no transition to normal stress independence was observed. In the framework of rate-and-state friction, earthquake nucleation is most likely at an intermediate temperature of T = 300°C.

The velocity-strengthening nature of the Alpine Fault rocks at higher temperatures may pose a barrier for rupture propagation to deeper levels, limiting the possible depth extent of large earthquakes. Our results highlight the importance of strain rate in controlling frictional behavior under conditions spanning the classical brittle-plastic transition for quartzofeldspathic compositions.

The data is provided in a .zip folder with 33 subfolders for 33 samples. Detailed information about the files in these subdfolders as well as sensors used, conversions and data specifications is given in the explanatory file Niemeijer-2017-DFDP-explanation-of-folder-structure-and-file-list.pdf.

Hydrothermal Friction data of gouges derived from the Alpine Fault 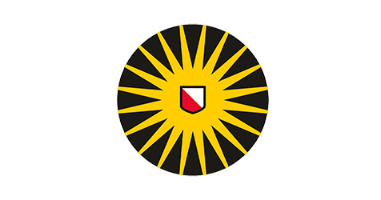 The Utrecht HPT lab The HPT or High Pressure and Temperature Laboratory at Utrecht University is one of the largest and best-known university laboratories for rock and fault... read more